Plantee® is a cellulosic nutrient and enzyme soil builder and conditioner with natural nitrogen, lignin based carbon and naturally occurring iron, zinc, copper, boron, and phosphorus. Plantee stimulates cell formation in the root and the stem and photo-synthesis in the leaves of plants.

The friendly microorganisms are soil bacteria and fungus, which can engage in (a) production of nitrogen, (b) fixation of nitrogen and (c) cause mineral/metal chelation.

This novel growth-stimulating composting provides optimum soil health, ensures supply of balanced plant nutrients in the form of free protein(s) and trace minerals and provides a favorable environment for the nitrogen-fixing bacteria.

The manufacture of fertilizer is an energy-intensive process, consuming non-renewable natural gas and releasing greenhouse gases like Carbon Dioxide, Nitrous Oxide and Methane. Nitrogen-based fertilizers are made from ammonia, which consumes five per cent of the natural gas produced globally.

Natural Gas is a non-renewable resource and generates the greenhouse gas – carbon containing methane when nitrogen is extracted from it. Methane is emitted during the production of fertilizer. This quantity of natural gas amounts to two per cent of the total energy consumed globally.

The chemical fertilizer run-off from the fields increases the nutrient levels in lakes and rivers and results in a spurt in algal blooms causing marine eutrophication.

These algae may take up all of the oxygen from the water and thus ruin other marine life. The residual nitrate leaches into the groundwater increasing nitrate concentrations above the permissible level. The lack of oxygen in oceans is affecting marine life.

Plantae® contains cellulosic enzymes after the breakdown of agricultural biomass lignin followed by anabolic and catabolic composting. Many fungi microorganisms in soil and water carry a negative charge, which enables them to attract nutrients and to move freely about humus and clay colloids with cation exchange capacity.

The positively charged particles attract the humus particles. The symbiotic rhizobia and mycorrhizal fungi on the roots of the plants through ion exchange transfer the nutrient particles to the root during photosynthesis in the presence of sunlight.

The positively charged particles attract the humus particles. The symbiotic rhizobia and mycorrhizal fungi on the roots of the plants through ion exchange transfer the nutrient particles to the root during photosynthesis in the presence of sunlight.

The green material in plants is Chlorophyll, a protein that helps to absorb light energy from the sun.

The process always begins when energy from light is absorbed by photosensitive proteins called reaction centers that contain green chlorophyll pigments. In plants, these proteins are held inside organelles called chloroplasts, which are most abundant in leaf cells, while in bacteria they are embedded in the plasma membrane. In these light-dependent reactions, some energy is used to strip electrons from suitable substances, such as water, producing oxygen gas. 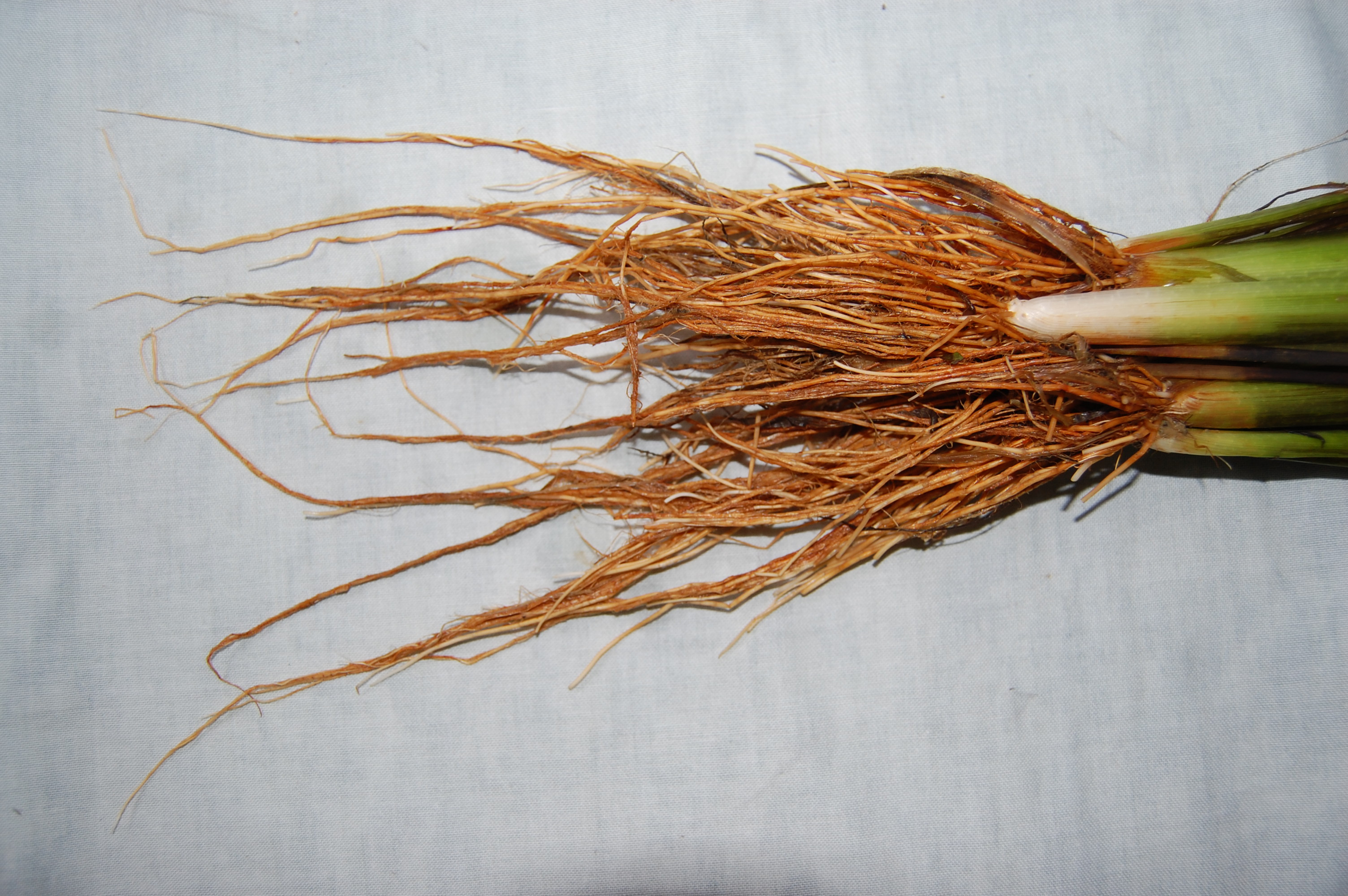 Roy Research and Technology has successfully grown Swarna rice using solely Plantee in Birbhum district of West Bengal, India. This rice was tested and found to have higher starch, carbohydrate and protein content. It withstood stress situations like flooding and drought.

Warm and wet weather and flooding increases the spread of rot causing fungus and bacteria on plants and crops, destroying crop yield.

Plantee cellulosic bio-proteins the plant from bacteria and fungus that cause stem and root rot.

Plantee produces flowers that stay fresh after cutting much longer and increases the vase life of flowers. Plantee helps the flowering plant bear warmer weather because of climate change.

Plantee is tested by the Bose Institute in Calcutta, India which is sponsored by the Indian Government’s Science and Technology Department and by the Superintendence Company. Plantee is also tested and approved by the Midnapore District Seed Farm and W.B.A.I.C. Farm in Tarakeswar, Hooghly District, West Bengal, India.

Plantee is a registered trademark, since the 1970s of Roy Research and Technology.